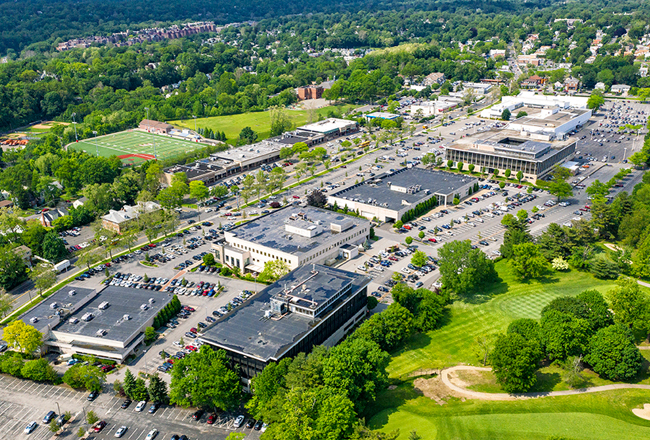 The Vernon Hills Shopping Center in Eastchester has been sold to a private real estate investment firm which has a retail, hotel and office portfolio encompassing more than 100 buildings valued at $14 billion. The shopping center at the Eastchester/Scarsdale line was bought by New York City-based Ashkenazy Acquisition Corp. (AAC) from Vernon Hills Shopping Center LLC at a price described as being more than $125 million.

Daniel Levy, president of AAC, told the Business Journal, “Acquiring Vernon Hills has been a goal of ours for over a decade. It’s an irreplaceable property and important part of the greater Westchester community, due to the wide range of tenants it can support and location within a densely populated trade area.”

In response to a question on whether they are planning upgrades or renovations, Levy said, “The sellers have done an incredible job with this property. In the near term we will be taking a fresh look to see how we can improve the Vernon Hills experience for both existing tenants and customers. Ashkenazy Acquisition Corporation takes a long-term approach to real estate ownership and we plan to make strategic decisions as opportunities that serve the community present themselves.”

The CEO and chairman of the company is Ben Ashkenazy, who was born in Israel and grew up in Lawrence, Long Island. He entered real estate right after high school and continued while taking classes at Adelphi University. He did not complete college. Forbes magazine ranked him as number 207 on its list of the Forbes 400 for 2019 and placed his net worth at $3.8 billon.

The Faneuil Hall Marketplace in Boston was built in 1742 and attracts about 20 million visitors annually. Among other notable properties in the Ashkenazy portfolio are the Barney’s New York buildings in both Manhattan and Beverly Hills, Bayside Marketplace in Miami, Harborplace in Baltimore and numerous buildings on Madison, Lexington and Fifth avenues in Manhattan. Also in its portfolio is the Mall at Cross County in Yonkers.

The real estate services firm Cushman & Wakefield was involved in bringing the sale to fruition. Its capital markets team based in East Rutherford, New Jersey, represented the seller and procured the buyer. Cushman & Wakefield’s Manhattan-based equity and structured finance team represented Ashkenazy in arranging financing for the purchase. The lead lender was Peoples United Bank and The Westchester Bank, Iberia Bank and Amerant Bank participated.

Originally built by the Scarsdale construction, development and management company Bianco & Pepe Inc., headed by the late Salvatore Pepe, the Vernon Hills Shopping Center often is associated by many with the adjacent Lord & Taylor store, although the properties are separate.

Cushman & Wakefield’s Andrew Merin said, “Ashkenazy Acquisition Corp. had been eying this investment property, with its irreplaceable location and remarkable tenant demand. This was a family owned and operated asset since it was originally developed in the 1950s and as such it can be considered a once in a lifetime acquisition.”