Back to Press Releases | Previous | Next
Download Article PDF
May 24, 2017

Ashkenazy partners with Saudi prince to buy into Plaza Hotel 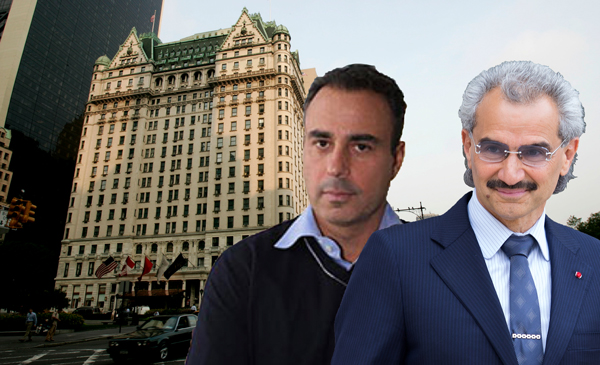 The partnership could give a jolt of new life to the hotel, which has been in a rut for years as the famed Oak Room and Oak Bar have sat dark since 2011, the New York Post reported.

Ashkenazy and the Saudi prince are looking to wrest control from the hands of Subrata Roy, who’s been locked up in India over allegations he scammed billions of dollars from investors, leaving the landmark hotel to languish over the last five years.

Ashkenazy TRData LogoTINY, led by Ben Ashkenazy and Michael Alpert, bought a controlling portion of Al-Waleed’s stake in the hotel, and is moving forward with the prince to buy the remaining stakes from Roy and a tangled web of other stakeholders.

“They are now partners with Prince Al-Waleed,” a source told the Post. “That stake has significant rights including rights to purchase the hotel and its other components.”

Sources told the newspaper that Ashkenazy and Alpert want to spruce up hotel rooms and re-open the Oak Room and Oak Bar as well as the vacant Edwardian Room, which had briefly been home to the Italian designer Angelo Galasso.

Prince Al-Waleed, one of the world’s richest people, holds a 50 percent stake in the Plaza’s 130 rooms, public areas, restaurants and retail component. His company held a 25 percent interest in 100 hotel condos and manages 51 hotel condos owned by others.