Back to Press Releases | Previous | Next
Download Article PDF
May 23, 2017

By Lois Weiss and Steve Cuozzo 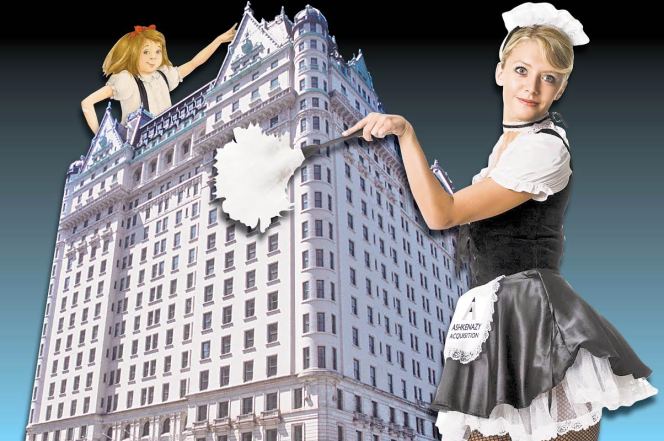 Eloise might finally get a landlord who’s not in trouble with the law.

Hoping to lift the storied Plaza Hotel out of a years-long rut, Saudi Prince Al-Waleed Bin Talal has partnered with Ashkenazy Acquisition Corp. to force a buyout, The Post has learned.

The deal could pry the Plaza out of the hands of accused fraudster Subrata Roy, who had been locked up in India amid allegations that he bilked investors out of billions of dollars, leaving the Fifth Avenue landmark’s operations to languish over the past five years.

A deal might also pave the way to reopening the Plaza’s famed Oak Room and Oak Bar, which have been dark since 2011 while nominally managed by New York’s Chatwal family, whose patriarch Sant pleaded guilty to making illegal campaign contributions and witness tampering, while his son Vikram went to rehab to beat a drug trafficking rap.

In addition to being home to fictitious, precocious Eloise, the Plaza has long been one of the city’s iconic places. Cary Grant was kidnapped from the Oak Bar in “North by Northwest,” and the hotel has served as the setting for countless other movies and TV shows. Its public rooms drew literati such as Truman Capote and Gore Vidal.

City boosters are hoping the Plaza can finally open a new chapter, with a purchase by Ashkenazky, headed by Ben Ashkenazy and Michael Alpert, of a controlling portion of Al-Waleed’s pivotal stake in the hotel.

“They are now partners with Prince Al-Waleed,” a source said of Ashkenazy and Alpert. “That stake has significant rights including rights to purchase the hotel and its other components.”

Sources familiar with their thinking say Ashkenazy and Alpert want to upgrade both the hotel rooms, reopen the long-dark Oak Room and Oak Bar and turn the lights back on in the Edwardian Room — which was briefly home to Italian designer Angelo Galasso but is now vacant. The spa has also been vacant but is now being built out for the Guerlain spa.

Ashkenazy owns dozens of Manhattan properties including the NYLO and Marriott East Side hotels, as well as office buildings 625 and 635 Madison Ave. and residential buildings across the US. It also owns the building that houses Barneys New York flagship at 660 Madison Ave.

The messy Plaza drama started when a conglomerate controlled by Roy, Sahara India Pariwar, bought the hotel from Elad in November 2012. But “Plaza Hotel” means only the 282-room hotel and several store and restaurant spaces that together take up about one-third of the Fifth Avenue and Central Park South landmark.

Several attempts by embattled Sahara to sell the Plaza since 2012 fell through or were blocked by Indian courts. Now, sources told The Post, freshly forged partners Ashkenazy and Al-Waleed are expected to move to purchase the remaining shares from Roy and a confusing tangle of other stakeholders.

They include a trust held by Sant Chatwal’s family and Chatwal’s Dream Hotel Management, which manages the Plaza’s food-and-beverage operation. The new owners would also pay off debt on the property held by Swiss investors the Reuben brothers.

Everything about the Plaza is complicated. One of the world’s wealthiest men, Prince Al-Waleed, through his Kingdom Holdings, has long held a 50 percent interest in the Plaza’s 130 hotel rooms, public areas, restaurants and retail. Kingdom also held a 25 percent interest in 100 hotel condos, a spokesman said in 2012. It also manages another 51 Plaza hotel condos owned by others.

Kingdom also owns a stake in Fairmont Hotels & Resorts, the Plaza’s operator, and has steadfastly refused to allow another flag to manage the property.

The Plaza’s fate has been up in the air since Roy was jailed in India in 2014 for allegedly defrauding investors in that country out of billions of dollars. Roy was released at one point to negotiate a sale of the assets and then posted bail conditional on repaying investors.

Dream Hotel Management last year fired chef Geoffrey Zarkarian, whom it had tapped to oversee the Plaza’s eateries. Zakarian reopened and rejuvenated the now-thriving Palm Court, but Sahara “gave up” on reopening the Oak Room and Oak Bar, according to a wrongful termination suit the chef filed.

Roy was apparently too distracted with his legal woes to work out a restaurant contract with the New York Hotel Trades Council, the tough union led by Peter Ward. In August 2016, a hotel industry source told The Post that the empty Oaks were “an embarrassment to the prince’s company, Kingdom Holdings, and it pulls down the Plaza’s value.”

The Plaza was once owned by Donald Trump, who wed his second wife, Marla Maples there.

In 2004, Israel’s Elad, bought it for $675 million and created luxurious residential condominiums from many of its original 800 hotel rooms and separated the entities.

Chatwal later helped Elad sell the hotel portion to Sahara Group for $570 million in return for running the restaurants.

In June 2015, two mortgages held by the Bank of China totaling $840 million that covered the Plaza as well as the Dream Downtown Hotel in Manhattan and Grosvenor House in London was sold to the Reuben brothers.

By then, the Sahara Group was trying to sell all three hotels but a $1.5 billion deal with Al-Waleed and the Qatar Investment Authority fell apart in September 2016.

The Reubens have since refinanced the Grosvenor House, allowing it to emerge from bankruptcy, but they would like to be bought out of the debt.