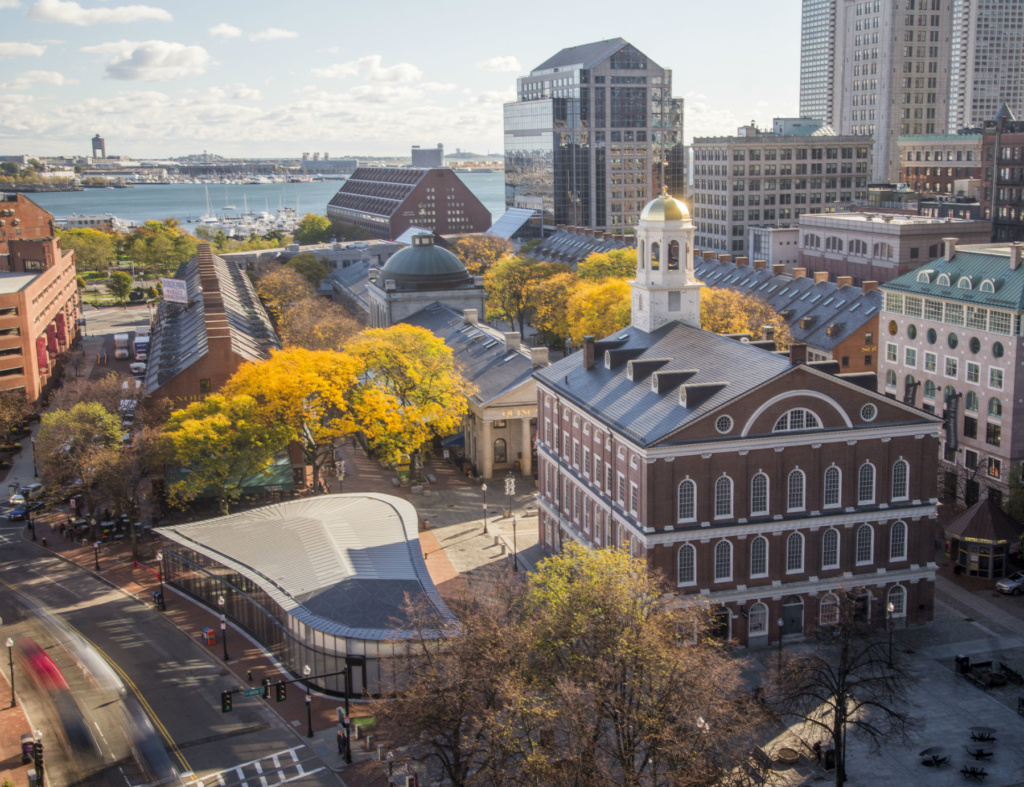 Elkus Manfredi Architects‘ shiny new Sephora has claimed a coveted corner of the historic Faneuil Hall Marketplace, adding yet another style of architecture to downtown Boston.

The 5,670-square-foot store sits on a triangular site in the northern corner of the marketplace along North Street, across from Boston’s Brutalist City Hall (1968) and facing the Greek Revival–styled Quincy Market (1826).

The small glass pavilion’s transparency stands in stark contrast to the brick and concrete structures that surround it. With its fluid form and free flowing metal roof system, the project is unmistakably contemporary.

The new store is part of a larger master plan proposed by Ashkenazy Acquisition Corporation (AAC), which is striving to refresh the market and introduce more accessible programming to downtown Boston.

The proposal met some controversy at first, as tenants feared they would be outbid by national chains and the market would lose the eclectic shopping for which it has become known. AAC explained that their hope is to provide new reasons for visitors to come to the market and not to rid if of its historic charm. “We are excited about the arrival of Sephora as it fills a void in the retail scene in downtown Boston,” said Joe O’Malley, general manager of Faneuil Hall Marketplace, in a press release. “Sephora brings a new type of consumer to the marketplace, one of many new initiatives in the near future.”

As the master plan continues to transform the Marketplace, AAC aims to strike a balance between local businesses and national brands like Sephora and Uniqlo, a Japanese clothing brand who opened their Boston flagship store in Quincy Market in 2015. They hope this curated mix will help make Faneuil Hall Marketplace a year-round destination for tourists and locals alike.