Back to Press Releases | Previous | Next
Download Article PDF
September 13, 2017 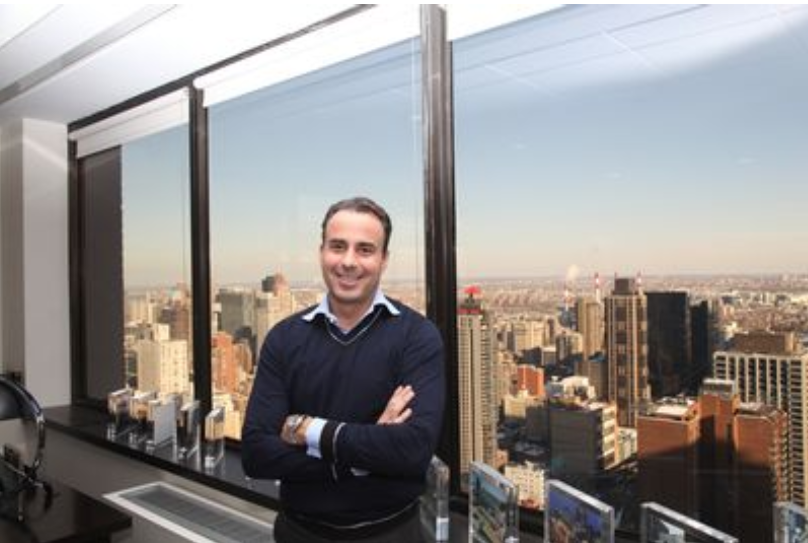 Ben Ashkenazy bought his first piece of property when he was right out of high school, with a little help from his dad. Three decades later, his collection boasts some of America’s best-known buildings.

As far as real estate tycoons go, though, he’s a candidate for least known.

He keeps a very low profile for someone whose company has a $12 billion portfolio --including Boston’s Faneuil Hall Marketplace, Washington’s Union Station and a piece of the Plaza Hotel in New York -- and just paid about $750 million for the Grosvenor House hotel on London’s Park Lane. Ashkenazy Acquisition Corp. itself had to scale a name-recognition hurdle to make an earlier deal in the British capital.

“The first time I took their call, I told them I didn’t know who they were and put the phone down,” said Robin Coady, whose firm Coady Supple negotiated the 2013 deal for the owner when Ashkenazy bought Old Spitalfields Market, which it has since sold. “I’d never heard of them.”

By then Ashkenazy Acquisition had built an empire of retail, hotel and office assets. And its 48-year-old founder and chairman was amassing a fortune, one that made it possible for him to hire the rapper Drake to perform for his daughter’s bat mitzvah at the Rainbow Room last year.

Ashkenazy’s net worth is $4.1 billion, according to the Bloomberg Billionaires Index, vaulting him into the ranks of the world’s 500 richest people.

His company counts among its holdings the long-term lease to another Boston landmark, South Station (Faneuil Hall and Union Station are also lease deals, with rights to operate retail and commercial space). Ashkenazy Acquisition owns dozens of other properties, including San Francisco’s One Union Square, the Barneys store buildings in New York and Beverly Hills, Harborplace in Baltimore and the former church in Manhattan’s Chelsea district that once housed the Limelight nightclub.

Born in Israel and raised on Long Island, Ashkenazy started early, under the guidance of his father, Izzy, a retailer and property investor.

“I bought my first building when I was 17 and kept on buying,” the younger Ashkenazy told the magazine Real Estate Weekly in 2001. “My longterm plan is to basically hold on to prime real estate.” That was one of the last interviews the press-shy mogul gave. He declined to comment for this story.

As Ashkenazy Acquisition grew, it occasionally joined forces with some of the world’s richest people, including New York’s Gindi family, owners of Century 21 Department Stores Inc. “Predominantly the partners that we bring in are super high-net-worth individuals and families,” the company’s president and vice chairman, Michael Alpert, told the New York Times in 2012.

That fits snugly with Ashkenazy Acquisition’s approach. Take its $400 million purchase of the land under 625 Madison Avenue back in 2013. The price raised eyebrows, given that the property yielded lease income of just $4.6 million a year. But Ashkenazy was looking ahead to a rent reset that will take place in 2022 and the plot’s development potential.

A marketing document for prospective investors detailed the plan: Repositioning the building or developing a new tower in its place could push the property’s value into the billions, according to the pitch.

“What he has is one of the better development sites in New York,” said Scott Latham, vice chairman in New York at Colliers International.

Ashkenazy also is eying more of the Plaza Hotel, once owned by President Donald Trump. His company acquired a minority stake in May that includes some rights to buy the building. Sahara India Pariwar is the majority owner. It’s headed by Subrata Roy, who has been trying to find a buyer for the Plaza for more than two years as he fights allegations of defrauding investors.

The saga has kept ownership of the famed property in limbo, and Ashkenazy is now in a good position to snap it up, according to a person familiar with the matter. London’s Grosvenor House is another historic hotel that had languished under Sahara’s ownership.

One Ashkenazy play is to target high-profile buildings where the company figures it can boost value by shaking up the tenant mix. This can raise hackles. After it took over Faneuil Hall in 2011, some existing vendors were riled by renovations that made way for national chains, including Uniqlo and Sephora, according to a 2015 Boston Globe article. Ashkenazy Acquisition has said it’s been rejuvenating the property while protecting its local character.

In 2012, Schnitzer West LLC sold the retail portion of a development in the Seattle suburb of Bellevue to Ashkenazy, expecting the company would swiftly attract more headline names and add value to the residential side of the complex, said Dan Ivanoff, Schnitzer West’s managing investment partner. While Gucci and a few others did sign early leases at the Shops at The Bravern, the pace of activity didn’t meet expectations, he said. If it were his decision and he had to do it over again, “I would have selected a different buyer.”

But it worked out well for Ashkenazy Acquisition, which spent $79 million to acquire the mall and in 2014 sold a 40 percent stake to General Growth Properties Inc. for $67 million, effectively doubling its money. A host of luxury retailers, such as Bottega Veneta and Prada, have since opened at the Braven.

Ashkenazy and his partner, Alpert, friends since high school, are hard charging, said Adam Spies, co-chairman of Cushman & Wakefield’s Capital Markets group, who has worked with them. “They give you a very quick answer in terms of what they can do.”

The duo can be found most mornings at an Upper East Side coffee shop, Spies said, where they meet before 7 a.m. to plan the day. They have a lot coming up: Ashkenazy Acquisition said in July it plans to add $2.3 billion of “global iconic assets” during the next two years.