Back to Press Releases | Previous | Next
Download Article PDF
December 3, 2015 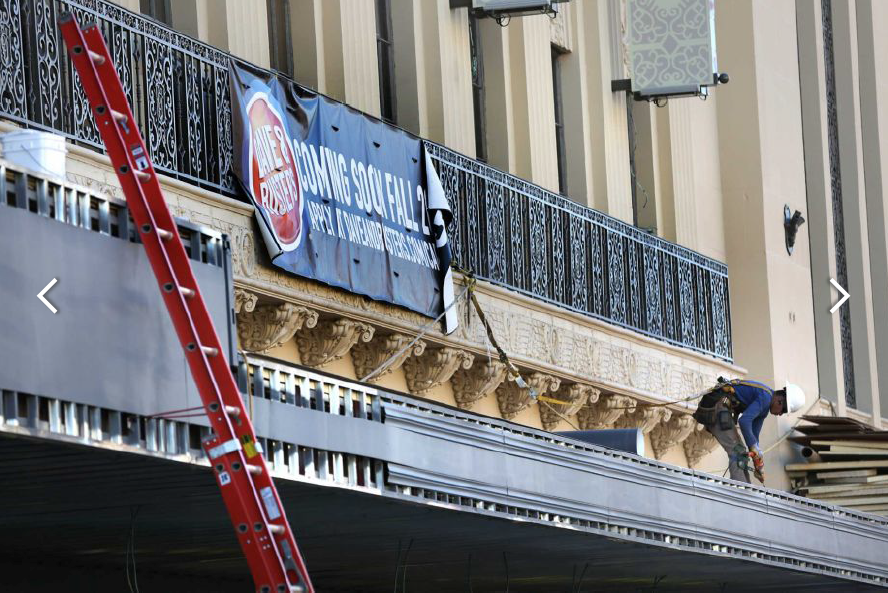 Like a Pokémon, Rivercenter mall is getting a new name as it transforms with renovations of the historic Joske’s building.

The mall, which is opening the Joske’s building in January after more than two years of renovation work, is changing its name to Shops at Rivercenter and jazzing up its exterior to give its brand more zing.

The renovated Joske’s building and some of its tenants had been set to open to this month, but the tenants later decided it would be better to open at the same time in January, spokeswoman Priscilla Gonzaba said. They also were worried they wouldn’t have time to prepare for the holiday season if they opened this month.

The mall’s new name is meant to give the mall “more panache,” he said. It’s similar to names of malls nationwide — many of them upscale — including, of course, The Shops at La Cantera on the Northwest Side. There are other examples in Plano, Boston, Chicago, Las Vegas and New York City.

To catch the eyes of more passers-by, the Joske’s building will have “grand signage” outside for retail tenants such as Dave & Busters, H&M and Starbucks, Oviatt said. The big signs are meant to address a problem of pedestrians passing the mall without recognizing it as one, he said.

“I think it will be difficult now to look at the building and not know there’s a retail project inside,” Oviatt said.

The exterior will be done sometime in January, he said.

The Joske’s building will be anchored by a Dave & Busters, an H&M and Battle for Texas: The Experience, an entertainment facility with multimedia re-enactments of the Battle of theAlamo that will open in February. Other tenants include Francesca’s, GNC, Hot Topic, It’sugar, Johnny Rockets, Locker Room by Lids and Starbucks.

The building will include an eating area — not a food court, Oviatt emphasized — with a “restaurant-like” atmosphere, indoor and outdoor seating and plenty of fast-casual restaurants, such as a Which Wich sandwich shop.

The incoming tenants include lots of food and entertainment businesses because that’s what works well downtown, Oviatt said. The mall is largely dependent on tourists for business; 55 percent of visitors come from outside Bexar County, and they are responsible for about 75 percent of sales, he said.

The transformation at Rivercenter extends beyond the Joske’s building. Next year, the mall’s lagoon area is getting two new major tenants: Jimmy Buffett’s Margaritaville and Yardhouse, a restaurant offering a long list of craft beers. The mall is working on replacing its escalators and elevators and will be remodeling parts of its common areas next year.

Three restaurants will open next year along Commerce Street, including Chipotle and Potbelly, Oviatt said. Businesses have been clamoring to open along Commerce after witnessing the success of Whataburger, he said, which opened at the intersection of Commerce and Presa streets in 2012.

Renovation of the Joske’s building began in late 2013. The building was the site of a Dillard’s department store between 1987 and 2008. After Dillard’s left, it sat empty until renovations began. Ashkenazy Acquisition Corp., which owns Rivercenter mall, bought the building in 2005.