Back to Press Releases | Previous | Next
Download Article PDF
June 7, 2017 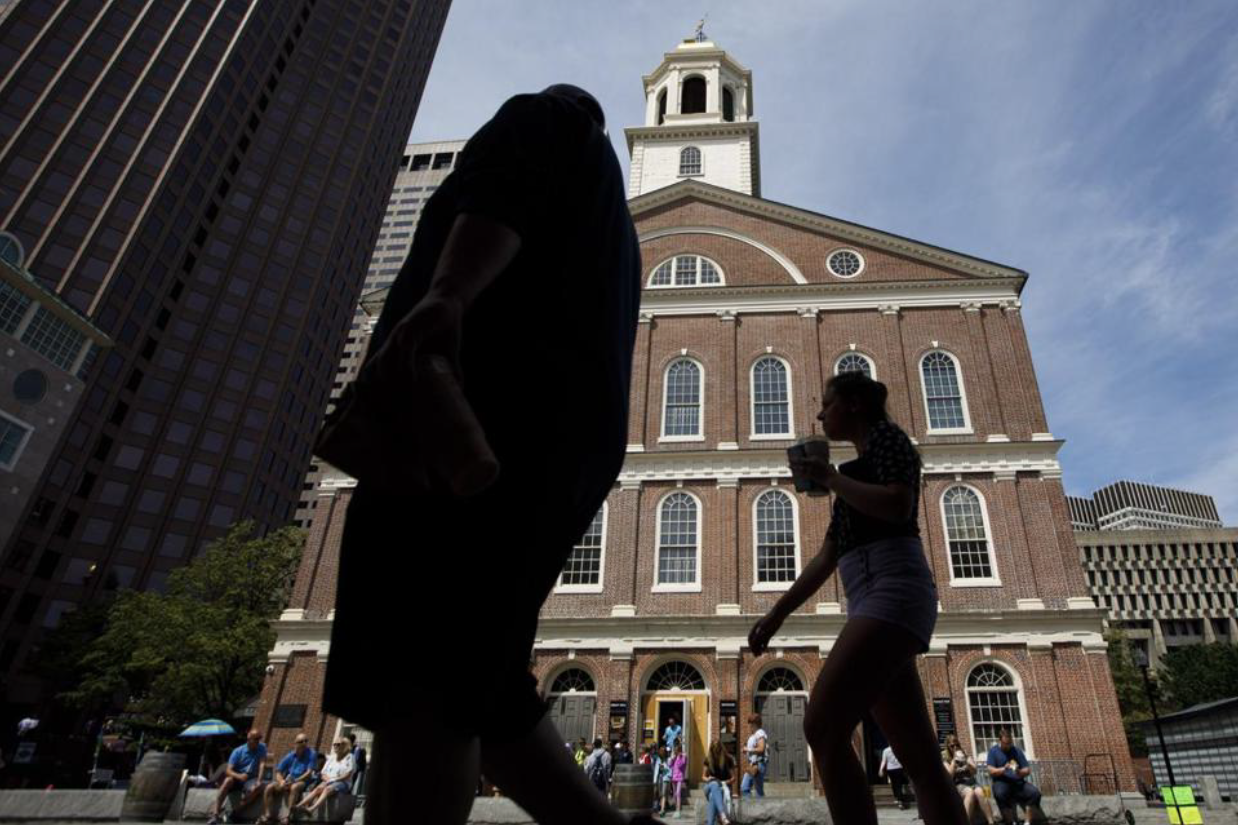 When Joe O’Malley was growing up in Dorchester in the ‘90s, he hardly ever went to Faneuil Hall Marketplace — maybe once a year with his dad to get blister-free socks at the Bill Rodgers Running Center. No one else he knew from the neighborhood went there much, either.

Now, O’Malley runs Faneuil Hall Marketplace. And he’s trying to change the perception of it as a Boston landmark where Bostonians don’t go.

The latest effort to revive Boston’s historic marketplace centers on making it attractive not just to the throngs of tourists who clog its cobblestone promenades each summer but also to locals. O’Malley and the owners of Faneuil Hall Marketplace — New York-based Ashkenazy Acquisition Corp. — are beefing up the events calendar, working to bring in new restaurants, and tweaking the century-plus-old buildings to make them more user-friendly.

It’s all part of a bid to spruce up the marketplace, which is certainly busy — Ashkenazy estimates Faneuil Hall had 18 million visitors last year — but which most people agree has grown a bit tired even as the city around it booms.

Earlier this year, makeup giant Sephora moved into a sleek new building where the complex’s old glass greenhouse once stood, two years after another national retailer — clothing seller Uniqlo — moved in to 12,000 feet on the second floor of the main building.

Ashkenazy has hired a new brokerage firm to attract more Boston-based restaurants and stores. And it’s expanding a summer events series aimed to lure more nearby residents and downtown workers for an after-work beer or some Saturday shopping.

“We’ll always have visitors here. We’ll always be in ‘the hub of the Hub,’ ” said O’Malley, who Ashkenazy hired as general manager about a year ago. “But how do we get folks from Dorchester, from Revere, from Cambridge? Why would they want to come here?”

Attracting more locals has long been a goal and a challenge for Faneuil Hall and Quincy Market. Originally launched as an emporium of small local merchants — some of whom are still there today — the complex has also seen a string of national retailers come and go. Today, the place is a hodgepodge, with an Urban Outfitters and Abercrombie & Fitch alongside Boston stalwarts like Newbury Comics and more touristy fare such as the Boston-themed “pop-up shoppe” 1630. There are fish joints and Irish pubs and the long food court down the middle of the main Quincy Market building. And, of course, pushcart vendors still peddle Red Sox shirts and sunglasses.

Like the retailers, the mix of visitors to Quincy Market has changed over time, said Michael Lamattina, co-owner of four spots in the food hall. But there’s no denying the reputation that it’s chiefly a magnet for out-of-towners.

“Quincy Market has a bit of a stigma — as all tourist areas do — of being a kind of a tourist trap,” he said. “That’s a stigma we need to get rid of.”

One way to do that is to bring in more of the high-quality, local establishments that Bostonians have become accustomed to seeing in their own neighborhoods, said Whitney Gallivan, a managing director at Boston Realty Advisors, the brokerage working with Ashkenazy. The thinking is this: If you live in the South End or Cambridge or Brighton, you can find authentic local restaurants and shops. Why not bring more of them to a historic landmark in the heart of the city?

“A lot of the answers are already here in Boston,” she said. “We want the place to feel like a good representation of this city." Ashkenazy’s offering more entertainment, too, and not just the street performers who’ve long played out front of Faneuil Hall. It’s expanding a new summer events series, scheduling more than 200 events ranging from chess tournaments to harmonica lessons to puppet shows for kids. It’s also trying to give passersby reason to linger. Last year the market began installing Ping-Pong and pool tables, setting up a “reading room” with comfy chairs and newspapers, and offering board games — Connect Four is proving to be most popular. On Wednesday afternoon, the place was packed with a mix of tourists and after-work types having a beer or browsing the pushcarts as the click of Ping-Pong balls vied with the sound of a singing guitarist.

Those low-cost tweaks are changing the vibe of the place, but Ashkenazy has physical improvements in mind, too. It plans to smooth out the big paving stones that can make Quincy Market a bumpy place to walk around, especially if you’re pushing a baby carriage. That project will take several years. The company also says it will upgrade decades-old electrical systems and air conditioning in the main building. Long term, it wants to locate a hotel in the upper floors of the South Market, though that’s still “conceptual,” O’Malley said.

The most important thing, he said, is getting the right mix of tenants — the proper balance between big and small, local and national. Ashkenazy has recently renewed leases with several long-established merchants, even as it shops around for newcomers with strong local ties.

That mix is also important to Carol Troxell. President of the Faneuil Hall Merchants Association and owner of four stores there, she and many longtime tenants were anxious they would get squeezed out when Ashkenazy unveiled its initial plans two years ago. Those fears have eased lately, Troxell said, thanks partly to outreach from O’Malley. But as Ashkenazy pushes ahead with changes, she said, it should remember that what makes Faneuil Hall attractive — both to Bostonians and tourists — is its local flavor.

“We really feel strongly that local is the way to go,” she said. “That’s what this place has been about for 40 years.”